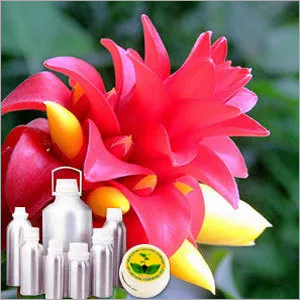 Costus Root Oil
DESCRIPTION:
With having up to 2 meter height, Costus plant has thick and pointed root. This perennial plant grows black flowers. The root of this plant is dried and then soaked in warm water. Later, the softened root goes through steam distillation process for oil extraction purpose.


AROMATIC SUMMARY / NOTE / STRENGTH OF AROMA:
This oil has distinctive strong smell that reminds about floral aroma which is warm ans sensuous as well.


BLENDS WITH:
This essential oil can be mixed easily with other essential oils like floral oil, Opopanax, oils having oriental smell, Patchouli and Ylang-ylang.

Industries We Serve
Our Certifications:

To assure highest demands on quality of essential oils and other products, our company is accredited according to following standards :-

Let's Connect With Us:

"We Ship Your Order by Global Shipping Company, Because We Value Your Time & Space"